In the Spotlight: Anup Gurung

In the Spotlight: Anup Gurung 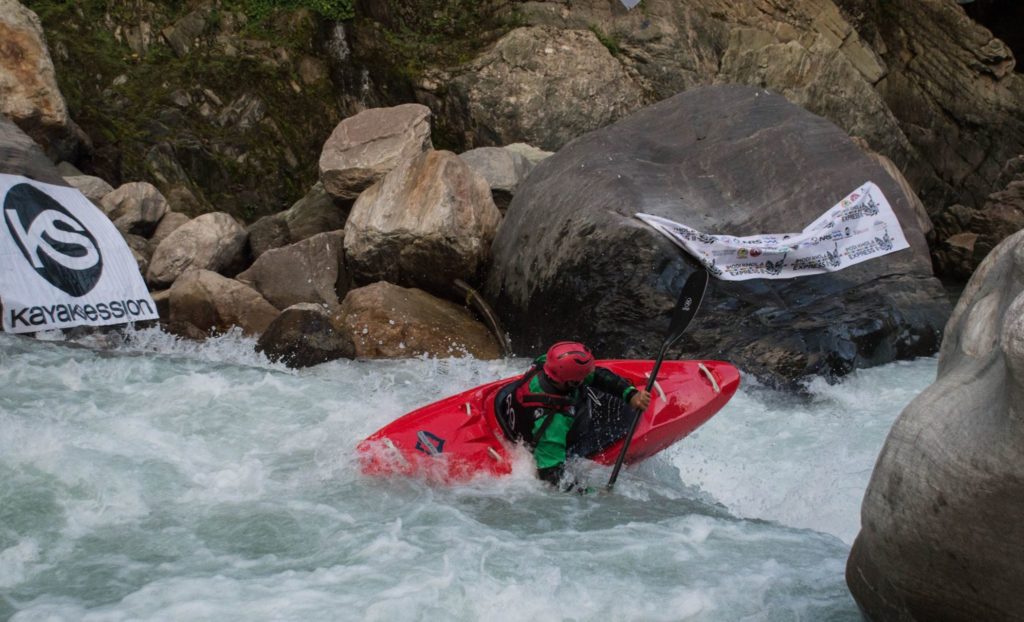 Moose met Anup Gurung back in 2018 in Nepal where the two found themselves elbow to elbow racing downriver in the Modi Express series. Anup heads up the Nepal Kayak Club who organise the race series, now heading into its fourth year, as a way of bringing together international kayakers, and drawing attention to the impending fate of many Nepali rivers. The tagline of the event reads “Paddle it before it dries up”.

Together with three other Nepali kayakers, in 2019, he set off on Mission East to West. This group set out to paddle every river in the country, but also to tell the tale of people along the way, people affected by the changing of the rivers and globalisation of the country. They spent months on the road and fought hard to complete their mission. Anup is still working out what to do with the hours of footage and thousands of photographs from along the way, but rest assured the final project will be well worth keeping an eye out for.

Through European summer time, Anup raft guides and kayaks in Iceland, for Viking Rafting. He is all round a talented paddler who works tirelessly to ensure that there are rivers for future generations, for kayaking and for life itself.

Read on, and meet the real Anup…

Who are you?
I am bit of everything but mainly a river guide, Kayaker, photographer and wanna be activist.

Why do you paddle?
It is the best way I can feel life and enjoy life.

What have you got going on in paddling at the moment?
European winter is my active paddling time in Nepal but things have been slow due to my back injury, muscle injury and surfear surgery. But it has not stopped me from making paddling plans. Next expedition is Mugu Karnali starting at the beginning of March.

Where did you learn to paddle?
I learned to paddle in Nepal.

Who is your paddling hero?
Ben Stooksberry for what he does in terms of expedition and Aniol for changing the game of whitewater in style.

If you could paddle with anyone at all, who would it be (not necessarily a paddler)
Donald Trump! Imagine him as a Kayaker and fighting to save the rivers 🙂

If you could be a part of any moment in paddling history, what would it be (ignore your paddling level, just go for it!)?
I would like to paddle every single major river of Nepal during the monsoon!

What is your favourite place you have ever paddled?
I haven’t paddle all the continents on my list yet to answer this question confidently but for now without a doubt it is Nepal.

Anywhere you’ve not paddled that you’d like to?
Yes, yes yes! Chile.

Tell us about your latest type 2 fun adventure? (Type two fun being retrospective fun, not necessarily fun at the time!)
I’m not a type two person if I’m [paddling] I’m having fun if I’m not having fun I’m out.

What is your most embellished paddling pub tale/complete lie?
I broke the world record of fastest flooded river swim as a 4 year old kid.

What is your favorite swim (must be you in the water)?
Definitely swimming under the waterfall in Iceland.

Do you have a favourite inflatable?
I wish it was as fun as whitewater kayak.

If you could be any animal, what would it be?
Golden Eagle

Quick fire would you rather…

Breathe underwater or see in the dark? – Breath underwater

Lose your paddle, lose your boat? – Lose my paddle

Anything else before you go?
Imagine Kayaking as a relationship with a woman you loved and decided to marry. So don’t be bored of riding the same river again and again. You are lucky to have a river! Life is short, be happy and get wet any chance you get!