Getting back up after a beat down

Getting back up after a beat down 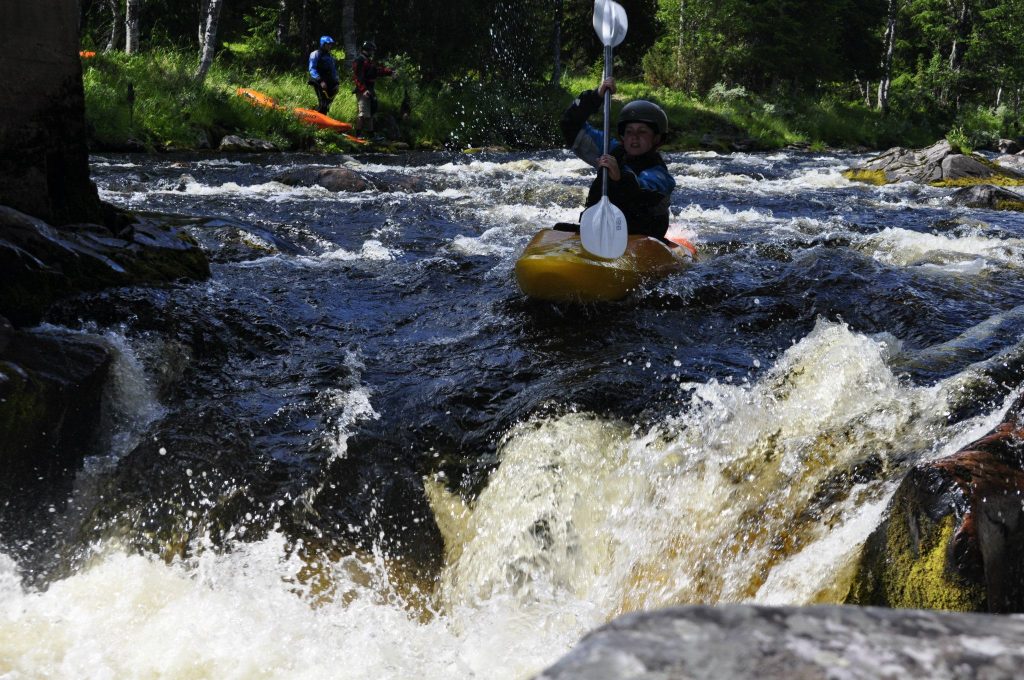 We have all been there, had that “Oh F**k” moment. Mine was leading on a river in Norway. We had decided to run the river in teams, three leaders that each had a group to get down the river safely, they were there to help pick up swimmers and kit and as someone to oversee everything. The river hadn’t been anything special and to be honest I was a little bored and, having bumped into some paddlers at the get on saying it wasn’t anything to be worried about I was thinking about lunch. This river didn’t have any of the big rock slabs or drops that I was promised, it was just big and bouncy.

We sent the safety team down to sit in some eddies so that they would be in a good position if anything happened. The signal came back that they were in position and off we went. I was the last leader to leave the eddie. As I left, I didn’t know the carnage that was happening down river of us. There were swimmers and kit everywhere. I came out decided to stick river right to miss some of the bigger holes and there is was, that “Oh F**k” moment.  I was about to drop unintentionally into the biggest hole I have ever seen, with two friends following me. I didn’t have enough power to punch out the other side or enough time to change direction. I remember hoping that my friends were far enough away that they could change their line and that they would be okay getting down the rest of the rapid as what was about to happen was not going to be pretty, and trust me it wasn’t.

I couldn’t get my paddle over the back of the hole. I fell backwards and the bow of my boat hit one of the people I was leading in the face as I landed upside down on top of them.  I tried roll after roll, I tried to side surf, but every time I tried to put a stroke in that wasn’t a brace I would go over. I just had to brace over and over again. I was so tired but all the effort I was putting in and the more tired I was getting, the more time I was spending under the water. I found out later that as well as my friend that I landed on there was another paddler in there with us, but I was oblivious. I thought I was alone.

One of my friends was getting recirculated out of her boat but every time she came to the surface her face was in the water.  The girl that I landed on was out of her boat but only got recirculated a few times and got washed out, one of the safely team went after her. Now there was only me and the girl getting recirculated with her head under the water. She got washed out, our friend had a tough decision; go after the person that he hadn’t seen take a breath in a while and who was out of her boat, or me that was still in her boat but getting it handed to her. Either way he would have to leave one of us alone. Thankfully he went after the other paddler. I was trying to get out of the hole in my boat but it wasn’t working. I was no longer rolling, I was just sticking out my paddle and the hole was putting me the right way up. I remember telling myself I would try to get out one more time and then pull my deck. By this time I was too tired to do anything useful; it was time to pull my deck. I tucked up, let go of my paddle, pulled my deck and pushed off my boat as hard as I could and swam as hard.

After swimming for a while I realized I was not getting pushed about, I opened my eyes and all I saw was darkness….. I had been swimming to the river bed. I changed direction, swam up and took a big gasp of air, only to have a wave to hit me, then another and another. I was in a wave train which only meant another hole was coming up. I couldn’t change direction. I just had to get as much oxygen into my lungs as possible before the next hole munched me.

In the second hole I was getting flung about like a rag doll, I would like to say that I tried different methods to get out of this hole, but I didn’t. I just let the water put me where it wanted. I was too tired, I had given up.

I cannot explain the joy I felt when I heard someone shouting at me to grab their boat. But my swim wasn’t over yet, I missed his boat and watched him paddle pass me. I tried to swim to catch up as he shouted and when I finally got hold of his boat I was so tired that I struggled to hold on. He must have had a sixth sense, as every time I thought I could no longer hold on and my grip would start to loosen he would shout at me to hold on. He got me to the side and like a true hero went to save my boat and paddle while I lay there panting like I had just ran a marathon.

As for the two I was leading, the one that got munched in the same hole as me got picked up pretty fast and taken to the side. The other changed lines and eddied out, totally unfazed by what she had just seen and rocked paddling that rapid.

If I’m truly honest, when getting on the river after being munched in that hole, I would just hope that I didn’t mess up. I would get angry and annoyed if my group didn’t eddie in to the exact eddie that I wanted them to; as it would either make their line a tiny bit harder or extra few seconds for me to get to them if I needed to. I must have been horrible to paddle with getting stressed so easily but I was scared to mess up again. All I wanted was us all to get down the river with little to no swims and definitely no epic ones. I think this is what we all want, but by doubting myself I was spoiling their fun.

After I got back from Norway, I didn’t paddle as much and I didn’t lead people in kayaks anymore. I said it was because people were idiots and couldn’t follow lines but really I was scared that I would mess up and let people down again. A few months later I bumped into a friend that I paddled with, he had found out that I wasn’t really paddling anymore and offered to take me down an easy river to get me back into the swing of things. I am pretty embarrassed to say that my ego got the better of me. This guy was offering to lead me down a river that I taught him how to paddle on. “Who was this guy? I know I haven’t paddle in a while, but I’m not that bad,” were my internal thoughts. I thanked him and said I would get in touch, but never did. The sad thing is, that if I had not let my ego get in the way, I would be further along the road getting my confidence back kayaking.

I started paddling rivers again when someone suggested I should canoe. They pointed out that the hardest you ever have to paddle in a canoe was grade 3 and thus overnight I changed my opinions on open boating. It was strange, but that flippant comment kept me being a boater and allowed me to build up my confidence in leading people again and let me dip in and out of kayaking for years. I still had friends that boated that I knew I could trust. Every time I would kayak, I would always be reminded at how much I love kayaking. I like how fast paced it is and that I don’t think, my body just does and the adrenaline rush when you get down a rapid. However, every time I get on or before a challenging rapid I get nervous, over think and underestimate my abilities and want to follow someone.

Mentally my paddling has changed, and I’m not sure it’s for the better, before when someone would tell me “the next weir is called the weir of death”, I was like, “Yer, lets paddle it”. Now I am a lot more conservative with my paddling and some of the names freak me out. I don’t paddle as much anymore and I’m definitely not as gung ho. You may be sitting there reading this and thinking “your not running stuff anymore so you can brag about it in the pub later, hardly a negative”; but it is. I am not pushing myself; I’m taking the easy line and paddling well within my capabilities. I follow friends down lines that we both know I can paddle. I’m not catching that hard to reach eddies. I’m getting washed off waves on purpose so I don’t have to surf and I’m definitely psyching myself out at the top of rapids. I’m lucky I have great friends that don’t make a fuss when I want to follow their line the third time that we have run that rapid that day, I want them to run the drop first so they can sort it out if I swim and not land on top of me. I want that reassuring smile and a last minute paddle placement chat. I am still trying to build up my confidence after being munched in that hole but by realising when my ego is getting in the way and asking for help hopefully I’m getting there. I will try to surf that wave and not try to get washed off or catch that hard to reach eddie and enjoy the whole river experience, not just after I have paddled the rapids.

Steph is an adventure sports coach and leader who currently works for Prince’s Trust in Scotland. As well as being an all round badass paddler, she’s into big mountain days and any sort of challenge that can be thrown her way.