An Adventure of Sort

An Adventure of Sort 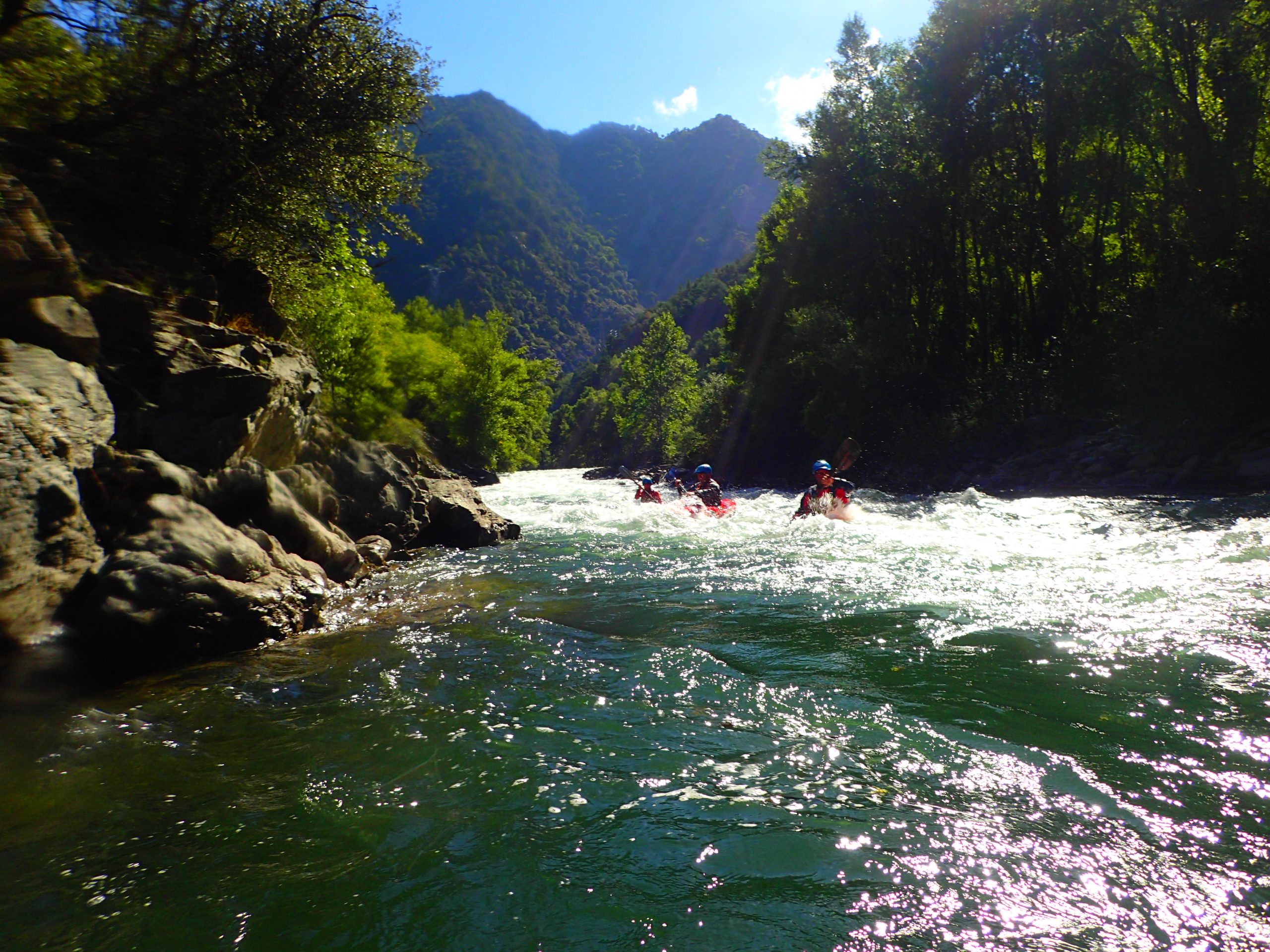 2 of the worst full English breakfasts DFDS could muster.

Spain was a bloody long way away from Aviemore.

We had booked the trip months before, organised an entire training course around the fact that we wanted to go to the Noguera Pallaresa and paddle in the sunshine. Warm white water, a week off work and the promise of sangria was too tempting to turn down.

The weeks building up to the trip flew by in a blur of back-to-back expeditions. We barely had time to get home, wash ourselves and our clothes, repack our bags and we were back out the door. The inside of our hammocks had become second homes, seen more regularly than the walls of our bedrooms. We lived and worked together, but never really knew whether we were coming or going at any point. It was pointed out to me by a group of DofE children that answering their two questions “how often are you on expedition?” and “when do you get to shower?” concluded that I showered roughly once a week.

It was going to be easy, we would fly to Spain, rent some boats and go paddling. Boat rental adds up over a few days, and we really wanted our own boats there. Okay, fly to Spain with boats, rent a car, drive to Sort. But most rental cars don’t have roof racks. Fine, we would drive. Passing like ships in the night we managed to organise ferries, the use of a work van and all the relevant paperwork to prove we were legally allowed to use the van abroad.

Just prior to the trip, Moose went off to run a four day trip on the Spey with Ellie, while Grant was coaching at the Scottish Canoe Symposium. The Spey was at a season-high, the car park was flooded as we drove in and we careered downstream at an incredible rate for four days. The group of Finnish doctors, all old friends from university, all intent on getting steaming, paddled like vikings on their way to a new land, and it was all Ellie and Moose could do to keep up and ensure the safety of this enthusiastic rabble. Meanwhile Grant was coaching in some wild conditions, managing the mix of safety and learning while mother nature threw herself at him. It was quite a few days, and we reconvened in a car park in Aviemore feeling as though five days of sleep might be preferable to driving to Spain.

Instead, at 5 p.m. we rolled out of Aviemore, stopping quickly in Aberfeldy to swap some kit over and grab some dinner and road snacks, then we pointed our trusty steed south and headed off toward the border. Grant drove us as far as Preston, which we allowed a wide berth, then Moose took over the helm and got as far as the M26 junction. For those unfamiliar with the M25 orbital motorway, the M26 junction leaves in the south-east, by Sevenoaks, then joins to the M20 which leads to Dover, with a quick stint on the A20 to finish. Enough about the M25? Good.

There’s some contention as to the ferry, and we both have differing views. Moose reckons he told Grant to let him sleep, while Grant is adamant that Moose told him to wake him up for breakfast. Either way, that’s what happened. Now, there’s a reason DFDS makes you pay before you get your food. We were treated to black pudding from an anemic pig, hollow sausages, fried eggs which could bounce and bacon which would work as roofing slates. Our expectations had been low, but this had blown them away, and Moose never quite forgave Grant for waking him up, regardless of whether he was asked to.

We got to France, with little sleep and outrageously thirsty. Dawn was breaking as we cruised through scenic Calais and made for Paris. Grant was at the wheel for now and we were feeling good. We were on the way, properly, to Spain.

France is enormous. We were reminded of this when, after a stopover, Moose pulled out of a service area and the sat nav cut across Biffy Clyro to tell us to keep right in 440 kilometres. We circumnavigated Paris, with only one near miss as someone decided not to take the slip road and careered back onto the motorway. After Paris we headed south, forever. The high spirits had passed, we were snatching a few hours of sleep here and there, usually when we were the passenger. Dawn became day, day became dusk, dusk became darkness as we finally crossed the border into Spain and crossed the mountain pass.

When we eventually rolled into camp, Shougie flagged us down. “Fancy a beer boys?” he asked, then recoiled as the window wound down fully to reveal the two shells of people sitting inside, and the smell of 27 hours of travel in a hot van. “Maybe not,” he concluded, “I’ll show you your lodge.”

We felt better, if not great, the next day. The huge benefit to the Pallaressa as a holiday river is that it is dam release, so we had no pressure to be ready before 10:30. As the water started to flow, the sun was just about creeping into the car park we were getting on from, cresting over the surrounding hills. The first few splashes of icy water were like pin pricks on our arms and faces; we were dressed for the sunshine to come.

The classic section of the river, where we would be spending most of our time, is often described as a ‘perfect introduction to bigger volume paddling’. The non-stop grade 3+ has been a training ground for international level paddlers and is, most importantly, incredibly fun to paddle. The volume, the line options and the moves made this the perfect venue to either cruise down a sunny river, or work yourself hard and improve as a boater. There were lines reminiscent of Scottish classics, blind bends, slides with several different routes and the option of smashing through some big, wet holes. Any number of diagonal waves carried us from eddy to eddy, down toward town where a beer and a burger in the midday heat awaited.

We spent 4 days on the water, each day we paddled the classic section and then, when the water had left, we would move on elsewhere for more paddling. The gorge section downstream was grade lower, but the steep walls and magnificent scenery made it an altogether different kind of adventure. Ominously, vultures circled high overhead as we played our way down the chutes and slides in this section. Another afternoon we paddled the Pastis section, so named, apparently, after one notable rapid. The first person to paddle the rapid was a German man who allegedly required the Dutch courage of a couple of drinks, Pastis to be exact, before he would get on and paddle it. Not the most technical rapid, but a large rock in the middle and a definite need to make the right line could always warrant a drink. Despite this major rapid, it’s far from the most memorable moment on this river. We were all sat in an eddie, Grant and Moose looking upstream while Shougie, Niamh and Ryan were facing downstream. Shougie was chatting away, imparting some wisdom our way, when Grant and I started uncontrollably laughing. Unbeknown to them, just upstream, an arse had appeared through the bushes, followed by a Spainard, who proceeded to take an almighty shit in the river. It made it very difficult to focus on Shougie’s description of the next bit of the river, but we left the eddie regardless, keen to get downstream quicker than the brown mass forming upstream.

Four days just isn’t enough time to enjoy this section, and we quickly came to understand why people spent entire summers here. But four days was all we had, time to load up, point the van north and head back to the UK. The return journey was generally without incident. It was just as long and tedious as the way down, except that now we didn’t have the draw of a week of boating to keep us motivated, just the thrill of the M6 to look forward to. Two notable moments stand out, though.

Firstly, as we crossed into France, we saw a checkpoint up ahead. “Ready to be randomly selected for a check?” Moose asked. It was then that we realised the neatly stacked, and legally required, paperwork that we printed at work was still there, still neatly stacked, thousands of miles away. The Gendarmerie took our passports and left us standing in the sunshine and disappeared inside. They reappeared, agitated. “Who does this vehicle belong to?” they eventually asked. “Our work,” we told them. After a brief and heated conversation in French, they took us to the back of the vehicle and pointed at the sticker on the rear windscreen; ‘Arnold Clark’. Apparently they thought we might have stolen the vehicle from Arnold Clark, a man so arrogant he would have a crap sticker with his name on the back of a vehicle which was covered in Beyond Adventure decals. Some quick Googling and explanations of how leasing vehicles works and they understood.

“Okay, just your paperwork then,” shit. We searched the vehicle top to bottom, hoping that delaying long enough would make them lose interest.

“It might be in the back,” Grant suggested optimistically. It had the exact effect we wanted. We cracked open the boot and they were met by six kayaks, a week’s worth of dank kayaking equipment, camping kit and general filth. They wrinkled their noses and sent us on our merry way.

Secondly, and with slightly less potential for a strip search, we turned up for our ferry a whole twelve hours early. We had booked it in the thought of paddling a whole day, and instead left early afternoon from Sort. The F1 motels looked woefully unappealing, so instead we settled on chancing pure ignorance and trying to get on a ferry instead, hoping the exact twelve hours would look like some sort of booking mistake on our part and we’d be waved on as two stupid British types. Not quite so much, but the woman could not have cared less that we were there at the wrong time. In true French fashion she ran through our booking, sighed heavily and looked at us, “ten euros” she said, pocketing the cash and waving us on lackadaisically.

We collapsed on the floor, we still had ten hours of driving to go, but for now, we rocked gently to sleep. Grant didn’t even wake Moose up for breakfast. Bastard.