Pancakes and Seal, a Micro Adventure

Pancakes and Seal, a Micro Adventure 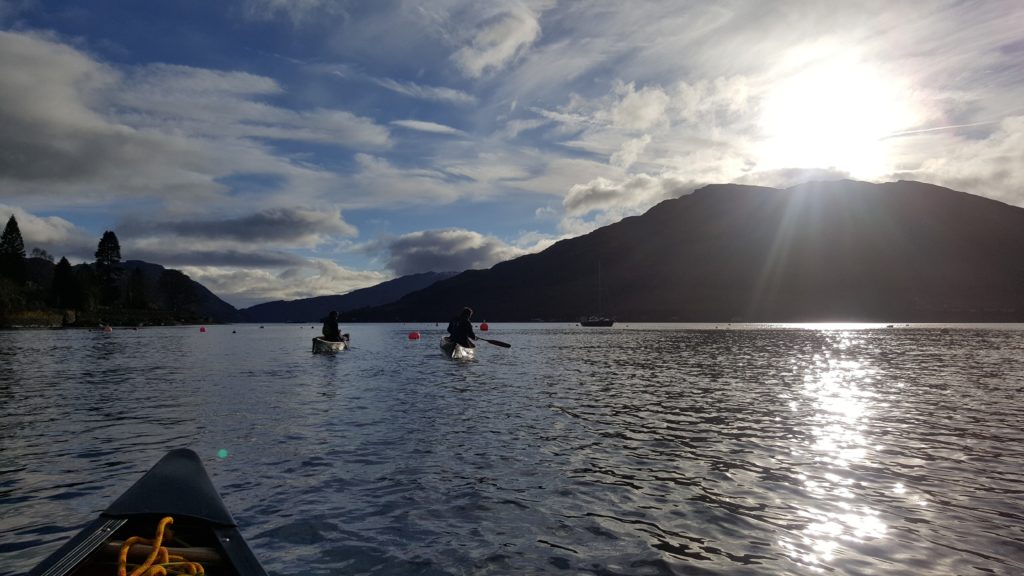 “Chuck us another can” I say to Moose from my sofa.

He reaches down and opens the small fridge we’ve adopted as a beer fridge takes out a can of Tennent’s for me, as well as one for himself and chucks it over to me before opening his. He never leaves his own sofa.

This has been our life for the last few months. Moose, Ellie and I have been living in the staff house at our centre over the winter. We have got used to having a sofa each, a fridge full of beer and are living off of out of date bread cheese and pasta dishes “stolen” from Ellie’s dad’s shop.

It’s been a long winter. Moose and Ellie are off contract for the winter, and I have the joy of being office based, meaning that with the short days and long nights we find ourselves most evening sitting, watching films and drinking beer.

“We really should do something this week,” Moose says, “aren’t you off mate?”

“Yea I’ve Tuesday Wednesday off, what you thinking?” I reply.

“We really should take our new boats out” I think out loud, “we could do an overnight somewhere?”

“Isn’t it meant to be pretty cold still through the night? Why don’t we go round to the bothy?” Moose suggests.

“Sounds good to me”

“We can make pancakes on the fire then!” Ellie exclaims.

So the plan was set. We’d take our new boats that we had picked up the week before from Hōu Canoes, out for an micro adventure to Mark’s bothy an easy 12Km paddle from our village.  We would spend the night in the cosy bothy before carrying on our journey to Arrochar at the head of the loch, another 12Km from camp.

Monday morning arrived and because of the truly terrible, unemployed mindset that had set in, we got up around 10 o’clock and started to pack and faff. By the time we had loaded our boats on the trolleys and pushed them through the village, down to the shores of Loch Goil it was already nearing 2pm, giving us around 3 hours of paddling time to get to the bothy.

It was a crisp clear winters day, and the minute I pushed off the beach and took my first couple of paddle strokes I could feel all the cobwebs in my brain being blown away.

We fell into rhythm as we cruised down the loch, chatting rubbish as only good mates can.

Loch Goil is a stunning sea loch that splinters off Loch Long, on the west coast of Scotland, forming the Argyll’s Secret Coast. Surrounded by wooded mountains with jagged cliffs you could easily mistake it for a Norwegian Fjord.

We paddled towards the seal colony sitting on their rocks basking in the winter sunshine. As we drew level there was an almighty splash as the first seal realised that 3 boats had just cruised up next to them. The action of the first seal formed an inevitable chain reaction, with barking and splashing, around 20 harbour seals descend into the loch and dove deep under our canoes. The only evidence they were ever there was the stream of bubbles on the surface as they played beneath us.

We reached the end of the loch, in the greying dusky light then we heard a splash behind us.

“What the hell was that?” Ellie asked.

“Yeah he’s come out to sing us a wee song” Moose helpfully added.

He broke out into a rendition of A Kiss From A Rose.

Moments later, up pops the grey dog-like face of one of the many harbour seals tailing us. It’s not until now that we realised that there has been a bob of seals following us, likely for the last 4kms since we sent them all into the water.

As we stared into the dusky light, trying to spot the seal we all had the realisation that it was probably time to get out our head torches, as we would definitely be arriving in the dark. The darkness rolled in as we paddled past the blinking lights of Finnart, a telling sign that we would need to power up our lights to find the trailhead that would take us up to the bothy.

Mark’s Bothy used to be one of a number of dwellings on the banks of Loch Long, but today it is the only one left. A classic single story, whitewashed stone built cottage, as seen throughout the highlands of Scotland. With its main room complete with a small fireplace, “sofas”, table and kitchen counter, as well as a second, smaller room with 4 bunks in, it’s the perfect place to spend a pleasant, dry night on an adventure.

We broke out our bag of kindling and coal and got the fire light. Hanging up or damp boots, inflating and lofting our sleeping before preparing our dinner and getting cracked into our beers.

After burning our dinner to a crisp, the one layer of tin foil failing to protect our pies and tatties, Ellie reached into the cooler and pulled out an old ketchup bottle, full to the brim of pancake mix. Ten minutes later and we’re having a heated discussion over the technique making a good pancake, shortly after which we’re all enjoying pancakes with sugar and lemon along side another beer or two and some good chat.

The following morning we’re woken by the bright winter sun blazing through the window of the bothy. We drag ourselves out of our sleeping bags. Once upon a time there may have been curtains in the cottage, but the sun now wakes weary travellers, promoting early starts on the hill.

We rekindled the fire and brewed up a coffee in the morning. Breakfast was another pancake fiesta, and with a roaring fire and full stomachs it was hard to drag ourselves out into the cold morning.

Back on the water, the weather was, unusually, in our favour. A gentle tailwind prompted us to raft together and hoist a tarp to form our sail. We cruised toward Arrochar. Despite having lived just a few miles up the loch, Ellie for her whole life, we had hardly paddled Loch Long. The age old “it’s right there” had stopped us, the doorstep is rarely explored, because why would you when you always can?

It was magnificent. Not quite the steep sides of Loch Goil, but the rolling hills to our right sloped downward into the loch, and to our left peninsulas jutted out from mountain chains. As we rounded a corner, The Cobbler, Beinn Artair, came into view, one of the most recognisable, impressive summits in the highlands. We saw more seals and the odd porpoise swam with us for a while. The morning sun was warming us slowly, but the crisp February morning was serene and silent except for the gentle whistle of the wind and the rustle of the tarp.

It was all going well, too well, and before we really knew it, we reached the Ardgartan peninsula. We were chatting away, making plans for when we get back, mainly revolving around the sofas, and some beers, probably a family sized lasagne. We would be at the end in half an hour or so at the current rate, it wasn’t far from here. Almost a shame to be finished, we wanted to be on the water so much longer, it was relaxed, it was just nice to be outside.

We got our wish, sort of.

The wind swung against us and what should have been a short sail to the beach turned into a hurried tarp drop, dismantling the raft and battering into the wind. It hadn’t just turned, it had gathered strength and was trying to push us back to the bothy. We considered whether it would just be easier to turn around!

The change of gear was unexpected and we could feel pancake churning around inside us. We fought and fought our way to the beach, and when we finally got there we collapsed into heaps on the ground. One thing was for sure, we were no longer cold.

It was a rough ending to a trip that we should have done years before, but a trip which got us out for a night when the odds, and our motivation, were against us. The adventure was always right there, we just hadn’t ever bothered, and the cold and short days had been a convenient excuse. It woke us up, got us ready for summer and this micro adventure reignited the desire inside us to get outside again.

We went home, laid on our sofas and drank a beer. But instead of a film, we talked and planned more trips, more days out. We had our motivation back.