Paddle boarding and searching for wallabies

Paddle boarding and searching for wallabies 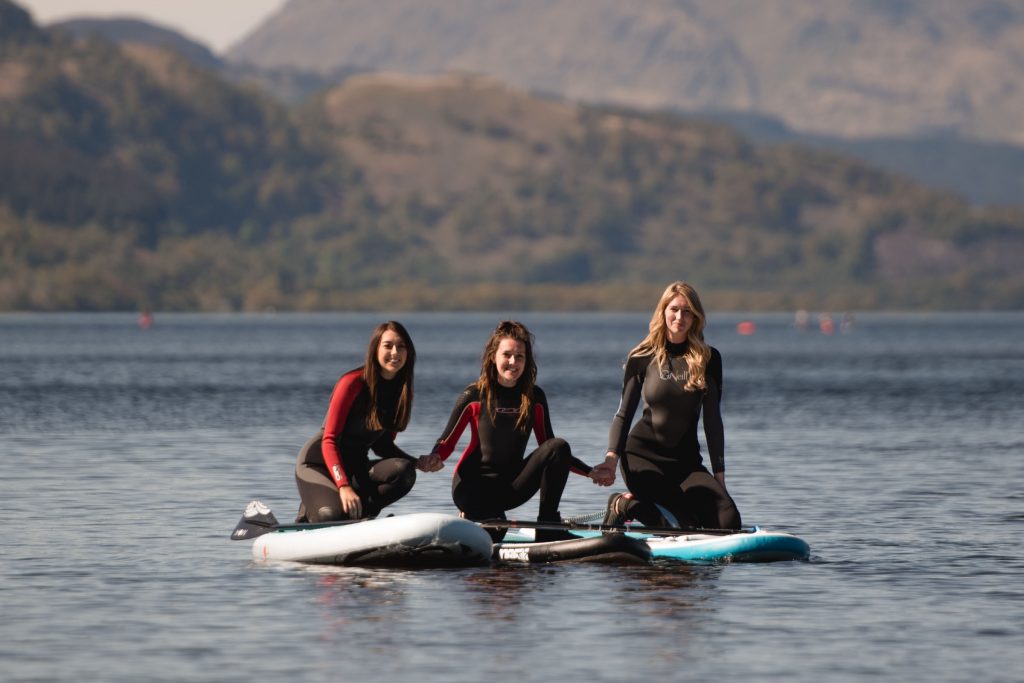 More commonly known as Wallaby island, Inchconnachan is situated amongst the larger islands in the middle of Loch Lomond. Having visited last year, I was keen to go back and explore some more. And of course, see the wallabies again.

The wallabies were first brought to Inchconnachan in the 1940’s after the second World War, by one of the most eccentric and admired aristocrats of the 20th century, Lady Arran Colquhoun. She was also a celebrated power boater, and earned herself the nickname “the fastest granny on water” after reaching 103 mph on Lake Windermere in the 1980’s.

Scotland has been absolutely glorious these past few days so I grabbed my best gal gang (and Stuart) and headed up to Loch Lomond for some paddle boarding. We set off from Luss pier and headed straight for the famous island.

We paddled round to the west side of Inchconnachan called The Narrows, a waterway between the site and Inchtavannach island, to escape some of the wind. This is where you’ll find Lady Arran’s bungalow which has long been deserted.

There’s definitely an eerie feel to the place. Approaching it, we felt that we were at the part in the horror film where everyone was shouting ‘GO BACK!’ but we survived to tell the tale. Head inside and you’ll find the most amazing map of Loch Lomond, which has been painted on what appears to be the living room wall.

After exploring the bungalow, we hiked to the top of the island in search of the wallabies. The views at the top are gorgeous, the perfect spot for a girlie catch up.

After battering through bushes and branches, we eventually caught a glimpse of the wallabies. It’s incredible to see these Australian natives bouncing around in Scotland and easy to understand why most people think you’re crazy when you talk about them living on an island… in Loch Lomond.

Lady Arran was a quirky character with a love of exotic animals. She once owned a backyard menagerie that included creatures like wallabies, llamas, and pigs. It was only after the second World War, she moved her beloved wallabies to her holiday home on Inchconnachan.

We spent the afternoon in total bliss, after a quick snack break we paddled through The Narrows and headed over towards Inchmoan.

Determined to get a cute group picture… I’m not sure we succeeded.

There’s something pretty special about having the beach all to yourself, you’re only a short paddle or boat trip from some beautiful, secluded beaches, the perfect summer camping spot.

I also got to test out the new MOAI board, which is a total dream to paddle on. Although, wetsuit season is well and truly over! Absolutely roasting in them, we headed in for a quick dip before heading back.

Loch Lomond is a home from home for me, I’ll never tire of exploring the same islands or paddling the same routes, there’s just something instantly calming and freeing about being on the Loch.